Each year Mirfield Town Council celebrates the achievements of local people by appointing them Ambassadors of the town. The presentation of the awards takes place annually at the Civic Sunday Service.

The Ambassador scheme was set up in 2010 by then Mayor Cllr David Pinder for those who have made a significant contribution to civic life in the town or who have through achievement brought recognition and credit to Mirfield.

The recipients of the 2017 awards are:

Cllr Lees-Hamilton - For services to the town, Mayor of Mirfield 2013-2016 and Kirklees ward councillor & instrumental in the installation of Knowl Skate Park

Laura Brown - For services to the annual St Mary's Pantomime

Jenny Tomlinson Walsh - For her achievements as Chair of Friends of Mirfield Library, securing the service in Mirfield 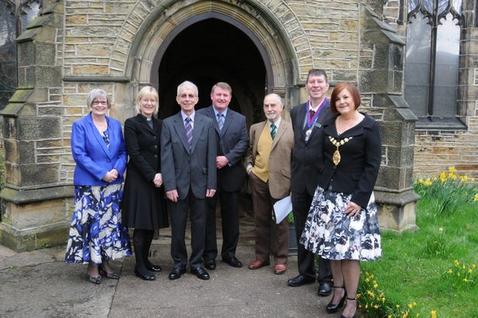