Mirfield Town Council would like to invite Community Groups and Gardeners to submit tenders for the Monthly maintenance of Eastthorpe Gardens. The gardens are located to the side of the Creative Arts Hub (Formerly Eastthorpe School). The current contract is for 2 x monthly visits March-October inclusive and 1 monthly visit November to February inclusive. All tenders should be sent to the Clerk at mirfieldtowncouncil@gmail.com no later than Wednesday 30th March. The tenders will be subject to scrutiny by the Clerk and successful tenders submitted to Full Council for decision & approval on Wednesday 6th April. The maintence will comprise of but not limited to the following:
​Ensure the planted shrubs and rose beds remain weed free and thin out where necessary
Prune shrubs and trees in accordance with good horticultural practice, ensuring straight lines, footpaths and hard areas are not obstructed. Dispose of cuttings and weeds.
Cut full area of mown grass and dispose of cuttings.
Keep all edges cut and neat. Strim base of walls or where required.
Maintain all hard areas are weed free by safe chemical means.
Provide suitable planting when and where required. Keep weed free.
Remove litter and debris from garden and landscaped area as required.
Mulch all beds to help eliminate weeds and conserve moisture.

Repair of existing bed and treatment of benches where needed.

Maintenance to commence immediately after council approval, subject to contract terms being agreed.

The Planning Inspectors decision and report into the controversial Granny Lane application has been published.

legal advice and submission which supported the appeal. The actions of the Council and community are recognised in

the Inspectors comments, whilst also being critical of Kirklees Council

Click on the link below to see the budget speech from Cllr Martyn Bolt Town Mayor:

Saturday 6th November 5.00pm at Mirfield Showground. Cllr Lees-Hamilton stated that it was something for the community

to look forward to emerging from numerous lockdowns

development by Miller Homes. Council agreed to underwrite the shortfall in costs for legal fees to fight the appeal

from Miller Homes to the Planning Inspectorate. GLAAG & Save Mirfield are to continue fundraising towards these costs.

case, in which an appeal case from GLAAG reversed the original decision by Kirklees to grant the development.

following an agreement with Kirklees to make Mirfield Town Council a market licence holder. Council are

to fully consider costs and public engagement and to form a structure to take this forward.

​In more news Mirfield In Bloom have received positive feedback from Britain In Bloom:

The Town Council meeting on Tuesday 19th September will be held at the Salvation Army @ 7.00pm

Environment Agency will be represented by Joanna Arnold

much needed funds for the Christmas Grotto after it was destroyed in the recent fire.

Cllr Blakeley nominated Northorpe Child & Family Trust has his charity for the year.​

Kirklees will be erecting signage on Thursday 16th March 2017 informing

The meeting will be held at The Salvation Army Hall, Huddersfield Road, Mirfield at 7.00pm.

to attend the meeting to discuss the effects the recent changes at Dewsbury District, Pinderfields

​& Huddersfield have on the residents of Mirfield. Questions will be accepted from members of the

public up to 48 hours before the meeting. Please direct these questions to:

info@mirfieldtowncouncil.gov.uk for the Council to consider. The Mayor will also take a few random

questions on the night, handed to the Clerk prior to the start of the meeting.

At the Annual Town Council Meeting held on Tuesday 3rd May @

Cllr Bolt will host a public meeting with representatives from Kirklees Council,

The Canal & River Trust and The Environment Agency

presence of the the Proper Officer.

This year Mirfield Town Council has joined forces with My Mirfield

to make the switch on even better than before!

forgetting a visit from Santa himself on his Sleigh!

2015 Winner of My Mirfield Community and Business Awards

The Cinnamon Trust is the national charity for the elderly and terminally ill and their pets.

network of volunteers who assist when day  to day care poses a problem.

They have a Mirfield resident who is asking for their support to walk their dog.

They desperately need volunteers in this area.
If anyone is interested and can offer this support please contact Sally on 01736 75807 or 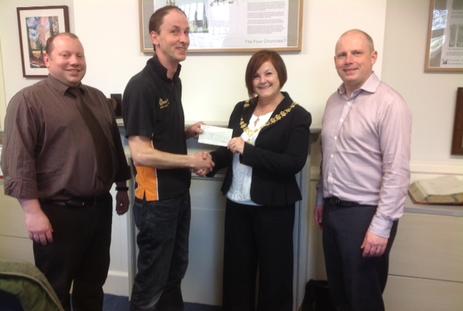 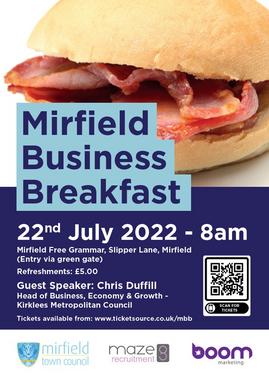